Who the hell are these people? 2022 Federal Election - Victorian Senate

I am a simple man with simple criteria for picking who to vote for:

That’s it, that’s all I ask of my federal politicians. Anything else they promise is a bonus.

Looks sensible. Nothing in their policies list that upsets me. I’d vote for them.

Damien is a former actor upset about the COVID related lockdowns. Another big priority is ensuring cash remains legal tender. John (Consultant) has nothing about him on the internet, not even a Facebook page. I found someone with the same name who ran for the Victorian state senate with the Labour DLP party - who if you don’t know, oppose same-sex marriage, abortion and assisted suicide.

A quick scan of their website and 2022 election platform shows nothing particularly disturbing.

I don’t need to explain this outfit.

Unsurprisingly, want to legalise cannabis in Australia. I’m not against it, but I also don’t care.

Most of their policies sound alright, but every sustainability party I’ve seen in the past is really just a front for anti-immigration policies and NIMBYs. Nothing online for Madeline (Regenerative Farmer) and Robert (Scientist). I’d put this party towards the bottom middle, above the sovcits and overt racists.

Their policies aren’t that bad and there’s nothing on the website that particularly disturbs me. However, a quick look at the AustralianValues.org.au Facebook page has a post about how the ABC’s “Investigations Unit is a law unto themselves”, has interviews with Avi Yemini and the leader of the party appears to be a typical Queenslander with Facebook brain. Probably the least offensive of the cookers out there though.

Considering the guy is a high profile senator, I have no idea what his values are or how he votes. Let’s take a look at Derryn’s voting record: Voted for: Drug testing welfare recipients, Imprisoning immigration detention workers who record or reveal information from their work, Offshore oil mining, Adani’s proposed Carmichael coal mine in the Galilee Basin.

Animal welfare is low on my list of priorities, but if that’s what someone wants to dedicate their life to, good for them. Their non-animal related policies seem sane and their love for animals aligns with strong action on climate change so in the top half of my list they go.

First thing on their website - Federal ICAC Now, Climate Change Action and End Poverty. All good things and a quick scan of their policies don’t have any obvious weirdness.

You know what the ALP is.

I didn’t even bother looking at their website. Clive Palmer is a selfish prick that’s only concerned about his mining interests (see his form as an MP between 2013-2017), who put Craig Kelly, the definition of what happens to your brain you spend too much time on Facebook, as leader of the party. Ralph, Kelly and Kenneth could be top people with hearts of gold and views that perfectly align with mine, but they chose to partner up with those two fuckwits.

This Facebook post says it all. They oppose abortion, “recognise and affirm biological sex”, “provide default clean feed for ISPs” and so on. Unelectable to me. To the bottom you freaks go.

Most of their Facebook page is content from their activities in the NSW upper house. All their policies not related to 4WDing, shooting, fishing and land management (topics I give almost 0 fucks about) are very light on detail.

Ponzi scheme roping in gullible political hopefuls that will achieve nothing except lining Pauline Hanson’s pockets. Same way I feel about UAP, I feel about One Nation. Fuck em.

Monica SMIT is the leader of Reignite Democracy Australia - a bunch of anti-vaxxer freaks that are constantly banned from Facebook.

Everything they stand for, I am into.

Look like a pair of harmless Chardonnay sipping lefty grandmas.

If you’re reading this, I’m sure you’re familiar with The Greens.

A painting of the Eureka Stockade on their website gives me hope, but then I see “Freedom from COVID alarmism”, “No net-zero emissions target”, “Consumers having the power to opt in or opt out of regulatory regimes”, “A flat 20% income tax above $40,000”.

Anti-vaxxers against abortion and fluoride in water

Some of their taxation ideas are wild, but hey, we could do with a nudge in that direction (but maybe not all the way). I like their vibe.

Note for 2022: voting in the senate has changed - above the line you gotta number at least 6 boxes, below the line at least 12. AEC website explains it all.

Voting in the Senate

Finder have a handy website that’ll let you fill in a senate ballot at home so when you go to the polling booth you get the numbers in the right order: 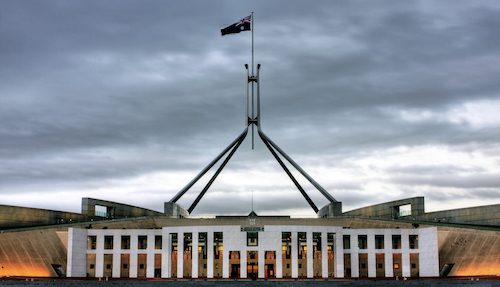 Generate and print your own personalised below the line how-to-vote card for the 2022 Federal Election.