When I was young lad, freshly moved out of home and living in inner-city Melbourne, my wife (then girlfriend) got me into photography. We would roam around the city taking photos of stuff. It was a great way to spend time together and explore the city that was then, new to both of us. 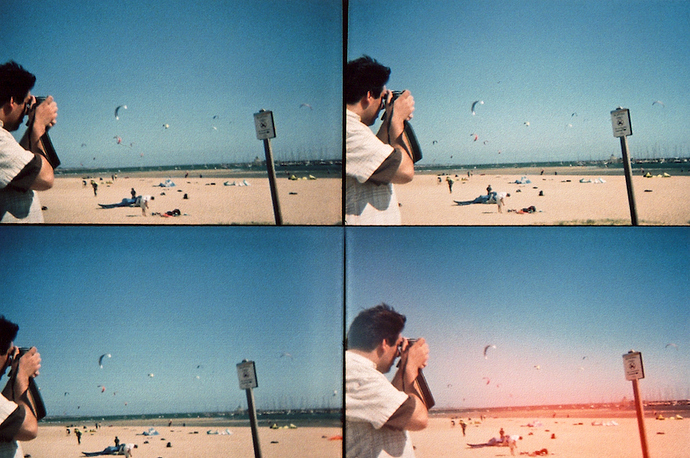 In the decade or so that’s passed our photography adventures have been limited, but we’ve owned a Sony A6000 for over 5 years now. It did a solid job on two around the world trips and is a fantastic little camera.

I went looking for a new camera to replace it, thinking in the 6 years since the a6000’s release, that technology has moved on and a modern camera will provide orders of magnitude better image quality. What I found is that this is not necessarily the case!

According to Dxomark, my venerable a6000 with its APS-C sensor isn’t that far behind the full-framed Nikon Z6 or Sony A7 III when it comes to the aspects of a camera that matter to me. Look at these charts: 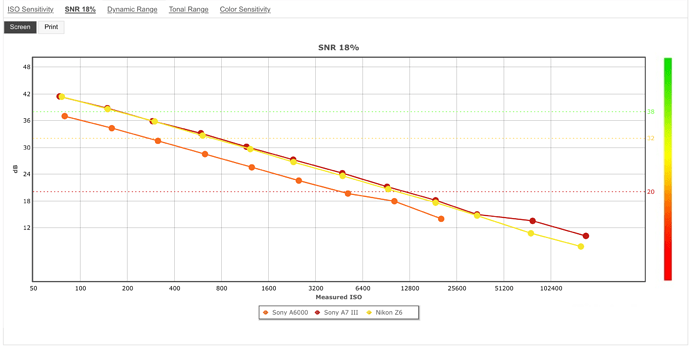 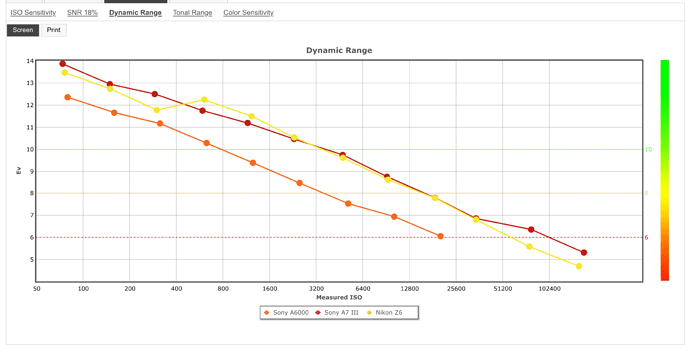 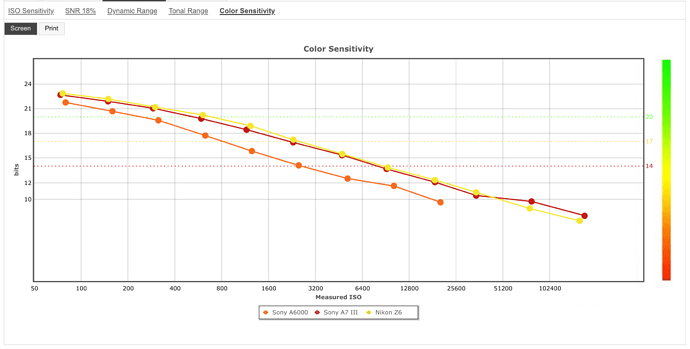 What I’m trying to say is yeah, the more expensive cameras are better but the betterness isn’t that vast to justify replacing a camera I already have and like using. There certainly isn’t ~$2000 (approx changeover price of what I have now compared to a new camera) of value here. I’m better off spending my money on a fancy lens for the a6000 than on a new camera body that I’ll need to buy lenses for anyways.

I’d love to drop $10k on camera gear to get something like a Sony A7R IV or a Fuji GFX50R but I already had my mid-life crisis purchase (a Tesla Model 3) and don’t need to do it again.