A look at Blu-Ray as an archival storage solution

Optical media is still a thing! It’s great - you can burn a disc, shove it on a shelf and know that the data can’t be accidentally modified. Even a tape can technically still be written over, but a write-once disc is impervious to such accidental deletions.

The downside is disc rot. We’ve all had DVD-Rs and CD-Rs die on us at some point, but Blu-Ray is better as the data is more robustly written and as long as you avoid organic dye and use quality media, the data should be safe for a decade or two at least. This blog post from Murray Grant is fairly confident in the ability of Blu-Ray media to hold up after a decade or so. - even good quality DVD-Rs are still readable 12+ years later.

You can even store parity files on a separate disk (a flash drive even) if you want an extra layer of security should a portion of the BD-R be unreadable - but you’ve gotta make the files relatively small (like 500MB chunks) for the parity to be useful. Most of my data is in 4-8GB chunks and already compressed.

Blu-Ray burners are cheap - heaps of em under $100. I’d have to do some research on which drive is the best one for BD-R burn quality.

It’s just a lot of little circles to look after!

The biggest unknown however is just how long the bastards will last. According to Wikipedia, discs using the HTL dye is what you want, after studies found that chemical composition more reliable than LTH. So that’s a start, no LTH discs. The Blu-Ray association has a list of what discs use what kind of chemical.

Another thing to keep in mind is the sealing of the disc. Some cheaper discs tend not to be sealed around the sides very well and will literally disintegrate after a few months. Look at these discs from Gough Lui’s blog after just 3 years: 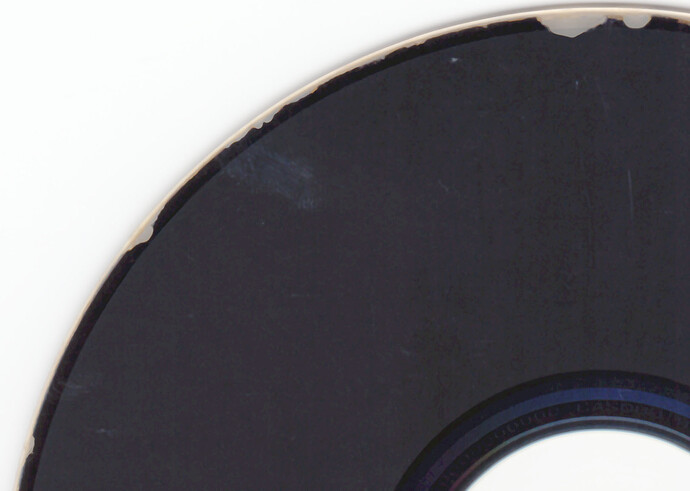 Oh and don’t store them in these sleeves for too long - as the sleeve can etch itself into the disc, which Gough also discovered.

The cheapest discs I could find are these Ritek’s on eBay. 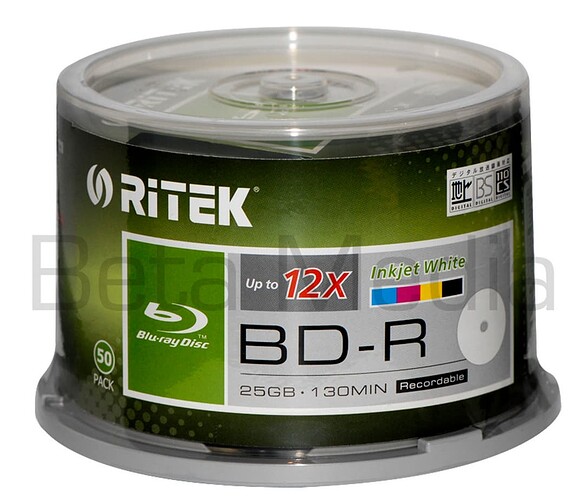 According to the seller the media ID is RITEK-BR2, which are HTL type. This guy on the DVD Fab forums burned a bunch of stuff to them in 2011 and then posted in 2017 to say they work fine - but feedback on MyCE about these discs (which are commonly sold under different names) isn’t good. 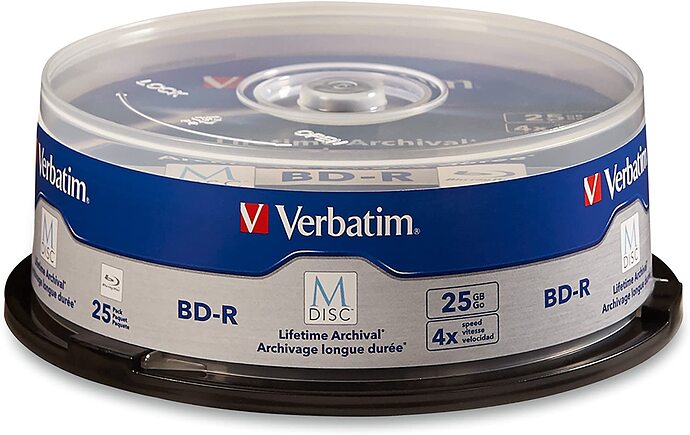 Using quality Verbatim media from Japan, which I’m going to guess are good, the price doubles to $1.27 a disc. Wanna use the fancy M-Discs designed for archival? $3.63 per disc.

Honestly, I don’t know what to think about BD-R media. It feels like too much of a crap shoot. It could be fine for 15 years or the disc could disintegrate within 18 months - it’s so hard to tell. Combined with pain in the arse of managing 600+ discs (or 300+ 50GB discs), I don’t think it’s suitable for this large of a data archive.