Are cheap used solar panels a good idea for Folding@Home?

Folding@Home has always been fun to run on computers I look after and with COVID-19, there's never been a better time to simulate protein dynamics. The downside of Folding@Home is that to run a computer at full tilt doing those simulations consumes a decent amount of electricity, which costs money and particularly in Victoria, emits a heavy chunk of CO2. After seeing ads pop up on Facebook and Gumtree for super-cheap used solar panels, I wondered if there's a way to use the sun to fold and save on electricity costs?

These are the solar panels that captured my fancy. They're old, but not too old 250W-ish panels that still work perfectly fine, but for whatever reason were taken off someone's roof and are now dirt cheap. 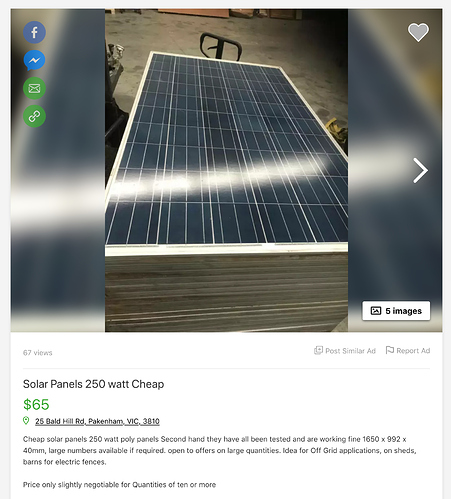 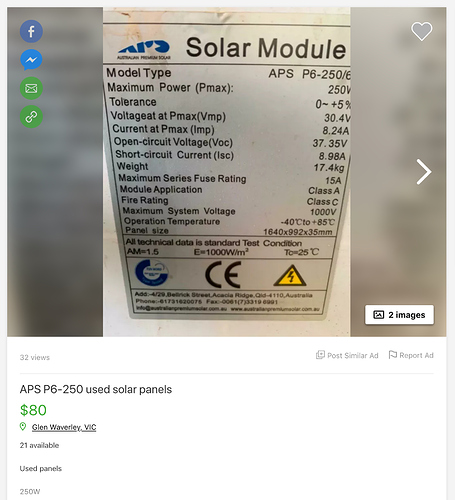 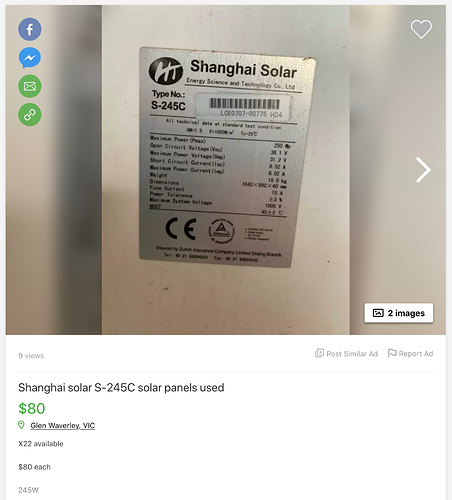 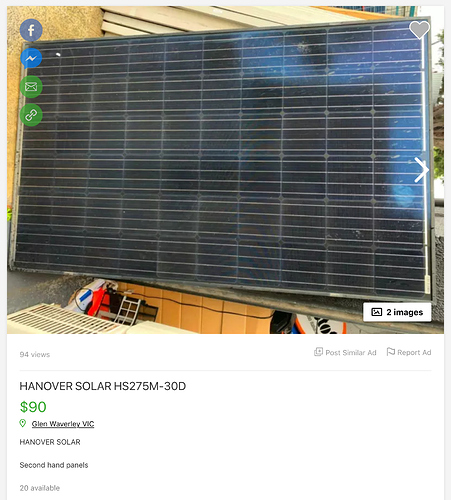 Pair em up with a cheap MPPT charge controller, some batteries and an equally as cheap 240V inverter and you can build a fully off-grid setup. The question is how long would it take to get payback on the cost of this gear versus just paying the damn power bill.

According to this very handy calculator, running 200W all day and all night would require 4000W of panels, at least a 74A/3500W charge controller and 200Ah of battery capacity to keep things going for 2 days without sun - not an uncommon scenario in a Victorian winter! 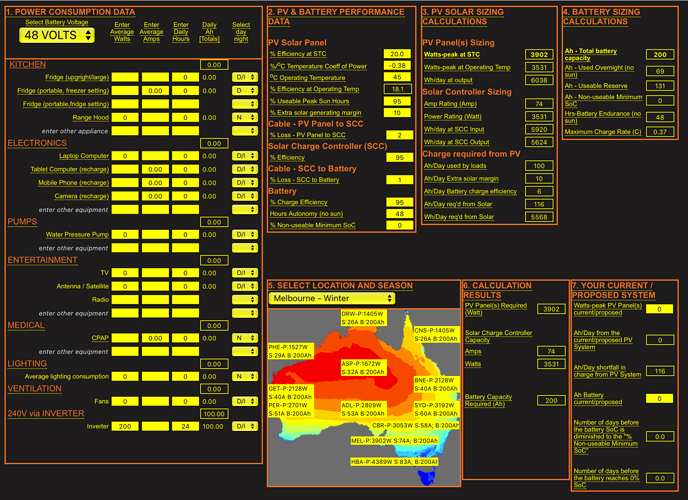 4000W of panels is easy, we can get 16 of those for $50 each with a bit of haggling. I didn't spend long searching, but on Aliexpress you can get an 80A 48V MPPT solar charge controller for about $430 delivered from China. Is it any good? I have no idea but it's cheap! Power inverters (to take the DC the charge controller spits out and turn it into AC for the computer to use) are also cheap as hell, with a "3000W" AC output unit going for $60 off Aliexpress. This could also be a fire hazard! If you'd like to know more about what a charge controller is/does and how it all hooks up, there's loads of resources on YouTube. Will Prowse & Adam Welch's channels are some of the best IMHO.

We need 200Ah of batteries to run this setup for when the sun isn't shining, but that doesn't mean I can buy a 200Ah battery and I'm sweet. Batteries do not like being consumed down to 0. Do that too often and the battery will be cactus quick. General rule of thumb for preserving battery life is that Lifepo4 batteries can use 80% of their capacity (i.e: 100Ah battery has a usable capacity of 80Ah) and deep cycle lead acid batteries can use 50% of their capacity (i.e: 100Ah on the spec sheet, 50Ah usable). We also need a 48V battery, as that's what the panels and the charge controller output. Lifepo4 batteries are 3.2V so we would 15 wired up in series to get to 48V. Only need four in series if using deep cycle batteries. 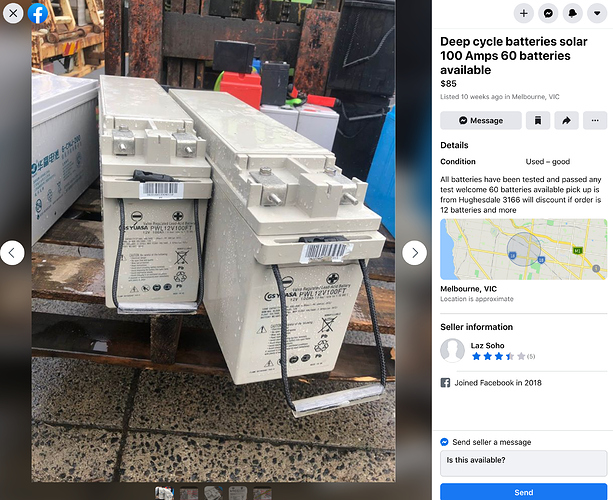 Ex-datacentre/fire system deep cycle batteries are the most cost effective power storage solution I could find, via a dude on Facebook selling 100A 12V deep cycle batteries for $80ea in bulk. These have a usable capacity of 50Ah, so I'd need four sets of batteries in series to get 48V, hooked up in parallel to get the 200Ah capacity. 16x batteries at $80ea is $1,280. The same setup with Lifepo4 batteries (roughly $100 for a single 3.2V 100Ah battery) would be over $4,500 due to needing so many to make up the voltage.

At a cost $350/yr to run the Folding@Home PC off grid power at 20c/kwh, it would take almost 8 years running off grid before you'd see cost savings. I haven't even accounted for system losses (converting DC to AC then back to DC again for the computer to run off) and I doubt the inverter and charge controller would last that long before catching fire.

How about if I run the PC simply off solar power? When the sun's generating power, fire up the F@H client. If the sun's not shining, leave it idle and power it off the battery, waiting for the sun to return. At night turn the computer off, then turn it on again when the sun comes back.

Theoretically it can be done with a little bit of code - get the live output from the charge controller and when it drops below 200W, close F@H. The idle power draw of the computer would be around 50W and at night (e.g: between 6am and 6pm) just turn the PC off. Because the battery is only being used as a backup, it doesn't need to be anywhere near as big. Also wouldn't need as many panels as we aren't charging a battery that's been used all night, which means a smaller charge controller, both of which save money. However, even if we managed to get the cost down by half to $1,400, that's still 4 years worth of grid power whilst sacrificing productivity as the damn thing can only run when the sun's out.

I still think there's great applications for used solar panels and cheap Chinese charge controllers, like powering low power computers (i.e: Raspberry Pi and other ARM based SBC), networking gear or even sheds/small homes - but running a desktop-class PC 24/7 isn't one of them unless you've got absolutely no grid supply.